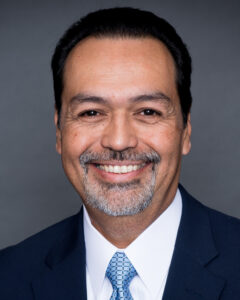 Judge Rodríguez is one of five Judges that presides over a Specialty Court, known as SOBER Court (Saving Ourselves By Education and Recovery), that deals with individuals who have alcohol or substance abuse issues.

Beyond his judgeship, he is a Board Member of the Texas Center for the Judiciary which provides educational services for all Judges in the State of Texas. He is Co-Chair of the Harris County Pre-trial Services and Community Supervision and Corrections Department Committee and is also a member of the Legislative Sub-Committee of the Judicial Section of the State Bar of Texas.

Before his election, Judge Rodríguez had a private practice in Houston, Texas. He primarily focused on criminal defense law for over 26 years. He worked as a court-appointed attorney and zealously represented clients through his own practice, handling felony as well as misdemeanor cases at both the State District Court and the County Criminal Courts at Law levels. In addition to criminal defense, he also handled family law and personal injury law cases.

Judge Rodríguez was also a mediator, and he was often referred cases by the Family District Courts and Civil District Courts to assist in resolving disputes between litigants.

In November 2005, he had the honor and privilege of being appointed by Mayor Bill White as an Associate Judge for the City of Houston Municipal Courts. As an Associate Judge, he oversaw Class C misdemeanors, which included traffic tickets, theft, assault charges and other Class C cases. He presided over arraignment dockets as well as Judge trial dockets. Municipal Court Judges are required to apply for reappointment every two years, and he takes great pride that he held this position for 13 years.

Judge Rodríguez’s experience with the City of Houston Municipal Courts gave him the opportunity to work closely with defense attorneys, prosecutors, law enforcement officers and court clerks. He learned the importance of judicial temperament when dealing with attorneys, court personnel, defendants, victims and witnesses.

On January 1, 2019, Raul was sworn in as the Presiding Judge of Harris County Criminal Court at Law No. 13, and he began his tenure the next day. He will be up for re-election in 2022. 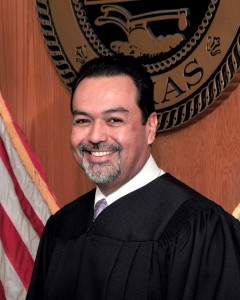